The Best Things I Cooked This Year

Cooking is one of my favourite hobbies to begin with, and when I’m deep in the books it’s one of the only indulgences I can justify – I can live without another episode of TV, but I am going to have to eat, right? I tried a lot of new recipes this year, and some of them turned out spectacularly!

Roasted Broccoli Hero
This is from Alton Brown’s new cookbook, Everyday Cook, which as a sidebar is really good and you should definitely check out. When I read the description, I was skeptical that roasted broccoli would be robust enough to carry an entire sandwich, but I decided to try it anyway, and I am so incredibly glad I did. This is one of the best things I’ve made all year, and I’m so obsessed with it I’ve made it five times in the last month or so. I made it for dinner on Christmas Eve, too. God, I’m hungry just thinking about it. 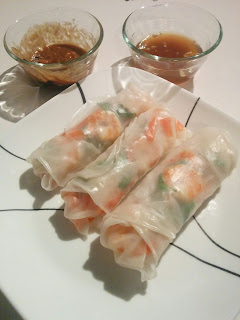 Salad Rolls
I tried a few variations on salad rolls this year (including a pad thai one!), and came to the conclusion that they’re endlessly flexible and not as hard as they seem. It took me a few tries to master working with the rice paper, but now that I know how to handle it they come together in a snap. And let’s be real, the most important part of salad rolls is really the peanut sauce anyway.

Polenta Cakes
Did everybody else already know about polenta? Am I the last to find out? Why didn’t anybody tell me? I tried polenta for the first time this summer and was floored by how delicious it was. It was easy to prepare and it held up well for leftovers, so it’s basically my new favourite thing. Polenta with everything!

Vegetarian Bean Chili
Chili without meat in it? I know, I know, but hear me out: it was freakin’ fantastic. Without meat to carry the chili, the flavour is much stronger and just better, and the partially blended chickpeas actually gave it a really pleasant texture. It’s a little hard to source all of the chilies up in the frozen wilds of Canada (I made it while I was in Vegas, with better access to chili peppers), and I accidentally made my batch terrifyingly spicy, but it was a great meal that I wound up eating for almost a week straight. Try it, you might like it!

Nutella Stuffed Browned Butter Blondies
These are a bit of production, with steps like browning the butter and piping Nutella and freezing it to “stuff” the brownies with, but it pays off! They’re complex, with lots of different flavours, and very, very tasty. Not a brownie to make on a whim, but still worth the effort!

Brown Cow Popsicles
I’ve had a few popsicles on my “to-try” lists for a while, and with the ridiculous heat this summer I finally made the time to get to it. This one is very simple but very good. I cheated and used store-bought brownies which meant that the whole thing took about twenty minutes to assemble, and then much longer as I waited anxiously for the damn things to freeze. They were an easy, cool treat on the hottest days though, so the wait was worth it!

Chocapocalypse Cookies
Another Alton Brown recipe, these cookies were completely fantastic. I honestly don’t understand how they don’t crumble into pieces, given that they’re basically made of chocolate and nothing else, but I don’t really care as they’re a way to convey four different kinds of chocolate and cocoa nibs into my mouth in one convenient bite.

Confetti Cookies
This is a really quick, simple cookie recipe that’s made even better by the addition of colourful, tasty sprinkles! It’s my new go-to cookie, can be whipped up in minutes (even with the short refrigeration sometimes needed), and the sprinkles make them stand out amongst beige & brown baked goods of all stripes. The main problem with this cookie is that they’re so bright and irresistible, it’s hard to stop from eating the whole batch! 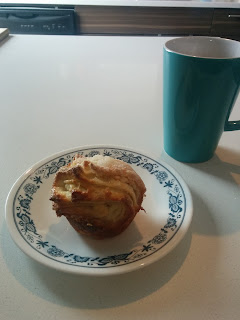 Kouign amann
These took an entire day to make (longer, actually, since it needed to be refrigerated overnight) and I stayed up entirely too late making them, but as a project, it was really satisfying. Kneading the dough, punching it down, rolling it out, flipping it, and doing it all over again – it was a meditative process that brought me into the moment. And the end result was very tasty. At the time, I thought I would never go through the process again, but I find myself thinking about the afternoon I spent working with the dough with a touch of nostalgia. If I do it again, I might not make my own puff pastry, but then again, maybe I will.
Posted by Victoria at 1:37 PM

Victoria
Victoria is a scientist turned accountant. She loves numbers (obviously) and metrics, and likes to use them to write about her goals, financial and otherwise.